Main St, USA (much larger than the original). 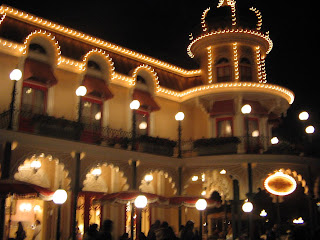 Inside the Alice in Wonderland themed restuarant! I didn't eat there. Even though I wanted to. Really bad. 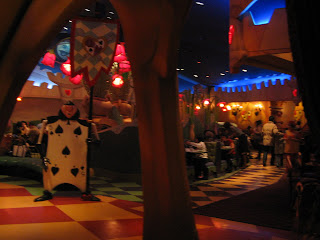 The lanterns in the tea cup ride! The ride is covered in Japan, I guess because they have such yucka weather. 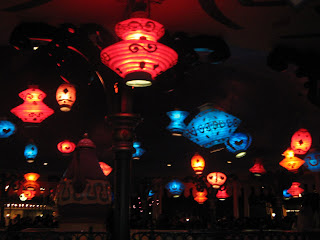 The Mickey Mouse Revue Theatre, apparantly designed by Eyvind Earle. It was a popular show! There was a huge line outside. 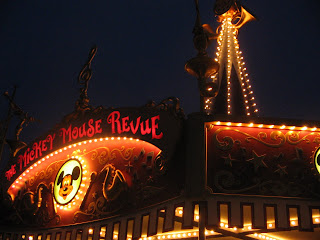 THE CASTLE! It was very gothic. I guess it's supposed to be Cinderella's castle though, which is odd because I thought that movie took place in the late 1800's...uh, I don't know. But it was a HUGE castle, makes the one here look real puny, and it had an amazing mosaic on the inside that I had a really hard time getting a good photo of (it was dark and there were people walking in front of it.) 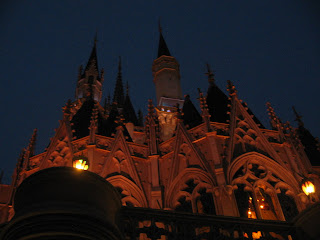 Here's a blurry image of part of the mosaic...it was the Cinderella story, but in the style of Sleeping Beauty. Wierd. But beautiful! 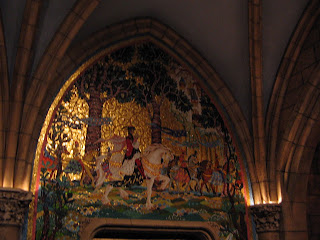 Electrical parade! I was so excited I RAN when I heard it coming. 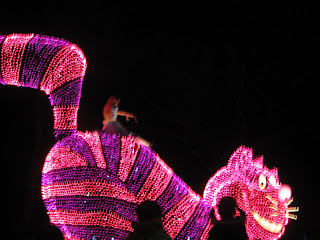 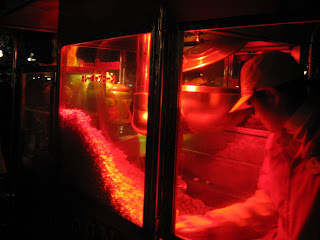 Inside Small World! The one here is better. 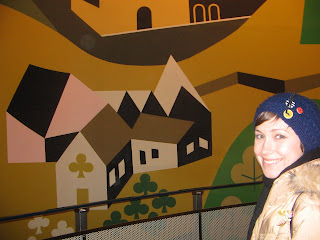 Detail of the afore mentioned mosaic. Whoever did this did a really good job. 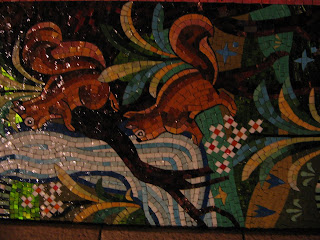 The covered Main St. This is pretty much the first thing you see when you enter the park. 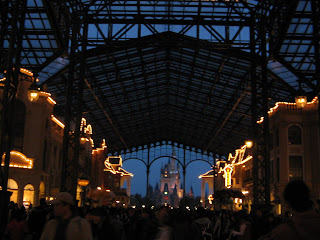 Yay! Meanwhile, back at school, I'm just flipping out as usual, trying to figure out if I should spend my time working on my film, my portfolio, my character designs, paintings for the upcoming show, my cooking skills, or if I should waste more time screwing around with my blog.
Posted by brigette b at 2:07 PM
Email ThisBlogThis!Share to TwitterShare to FacebookShare to Pinterest

Beautiful photos!!thanks for sharing it! compliments!

God DAMNIT I want to go!!