Well, it seems as though it's been a little while.

Do you ever wonder, "what does Brigette DO? What's she up to? If she's not drawing for the sake of updating her blog then what's going ON??" Mostly what's going on is this: I get home from work, where I sit at a desk and draw all day, and I eat something, usually a vegan cupcake or a pizza or a banana (but only after using it as a pretend telephone first) or some such thing, and then I either lay around the house like a big lazy cat for hours on end, or I sit back down at my own personal desk and draw some more. It's kind of a dangerous thing though, since I usually have no specific aim when I draw for myself, and it can potentially go on forever (like, into the wee hours of the night). It's just right brain madness. Sometimes I draw while looking at an ancient magazine, or try to draw something from memory. Usually when this happens I end up with a bunch of half-drawings and half-ideas, which is not really stuff you would wanna show off. But I need to keep UPDATING! So I went through the big stack in my desk drawer and pulled out some precious examples, so you can either gawk at how heinous they are or revel in my genius! Either way it's bound to keep you entertained for a few seconds.


Here's a drawing with another drawing peeking through the paper. This was a painting idea. 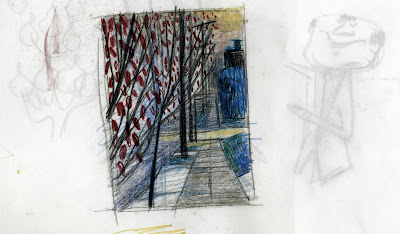 Here's some bathtub compositions/possible paintings and some adorable cat drawings based on a felt finger puppet I bought in Austria. I named him "der Meow". How did these things come to exist on the same page?? I couldn't tell you. 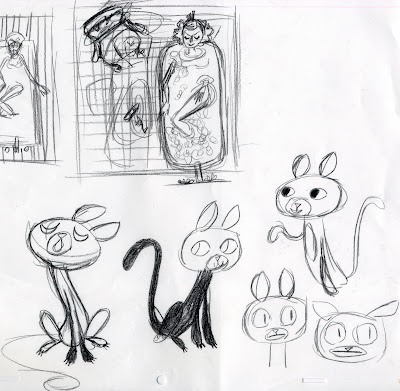 I did this drawing, and it was incomprehensible. It was total scribble madness. So I put another peice of paper on top and went over some things. It's still kinda vague, and I tried to make it more presentable in photoshop, buuuut...hm. If it makes you feel slightly uncomfortable, it's supposed to. 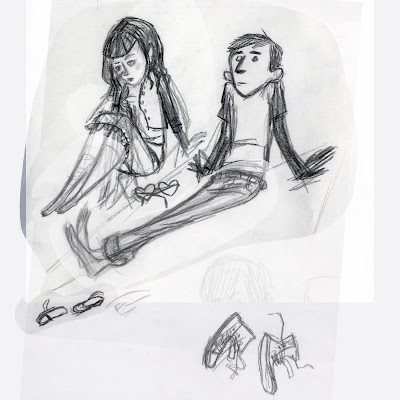 This little girl is yellin'! She's fairly unresolved, but I can see where I was going. 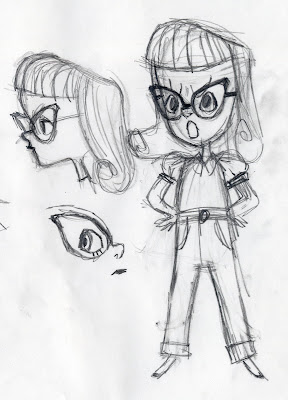 So, about that rainy day painting...

It's coming! Patience is a virtue.
Posted by brigette b at 5:06 PM
Email ThisBlogThis!Share to TwitterShare to FacebookShare to Pinterest

The bathtub composition is a grand idea.

I'm going to have to give you thumbs up across the board, Brigette. What medium are you painting in? I vote on the bath composition, too. Classy.

Fantastic! Brigette, this is all fantastic. It almost makes me wish I had a blog. Also, next time you're wasting time with right-brain madness, you should draw some characters based on those rubber finger monsters we were playing with on Halloween. I love those little guys.

The little girl yelling looks like a mini brigette yelling at uncle sean!

she's be saying "Seeean! Stop talking to people so much and let's go to real food daily noooooow!" :D