I did these sketches for what was maybe going to be a stationary set, but it didn't pan out.  What a bummer.  I hate it when that happens. 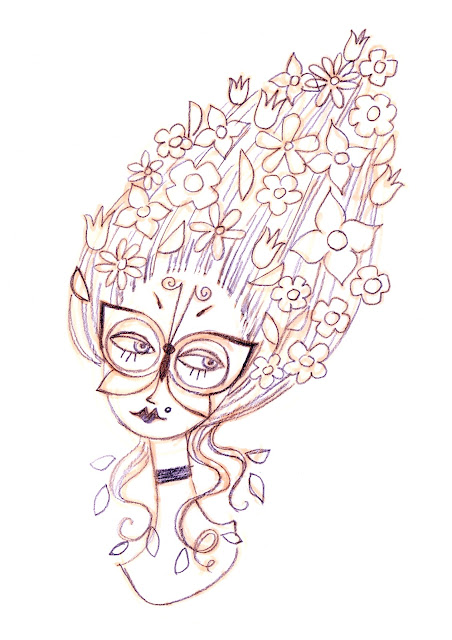 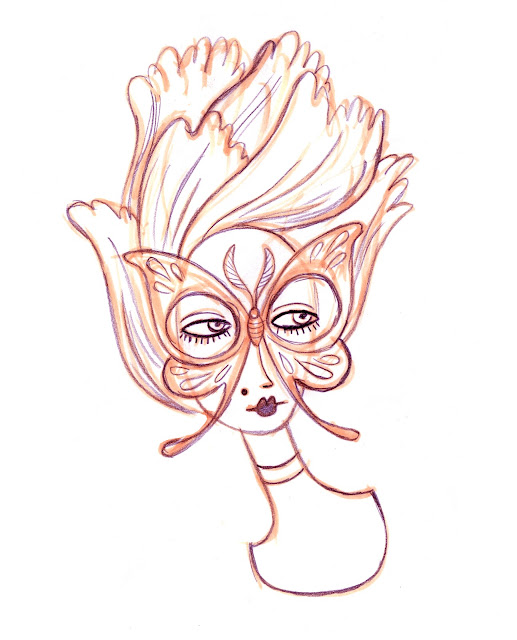 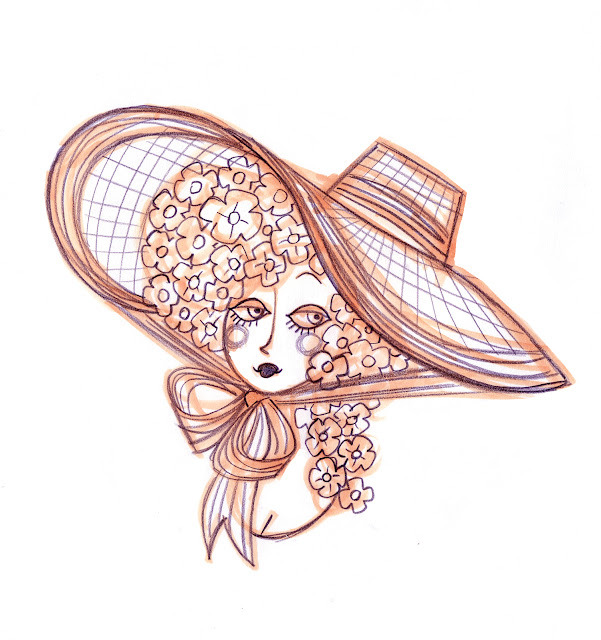 The idea was that they would be black line art on white paper, and they would come with a little watercolor set and you could color them yourself.
As far as the designs go, I was just having fun, really.  They are marker and pencil,sketches and they're not the best drawings, but they give you a pretty good idea.  I probably would have fancied them up with a brush pen if they it had been a go.  Brush pens are fun things. 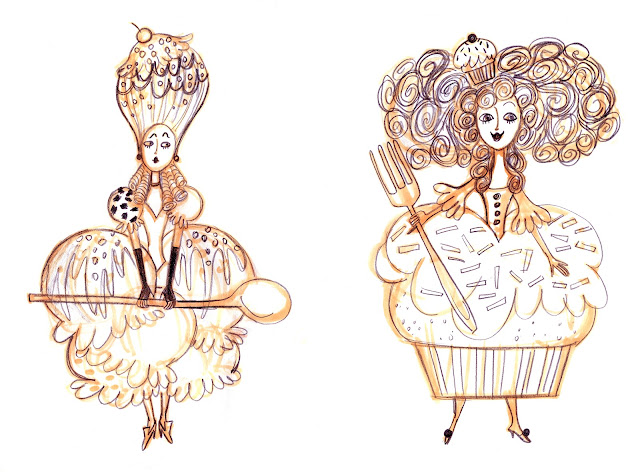 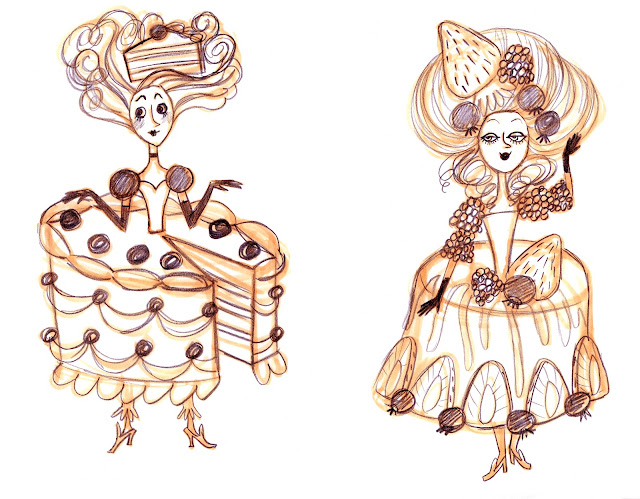 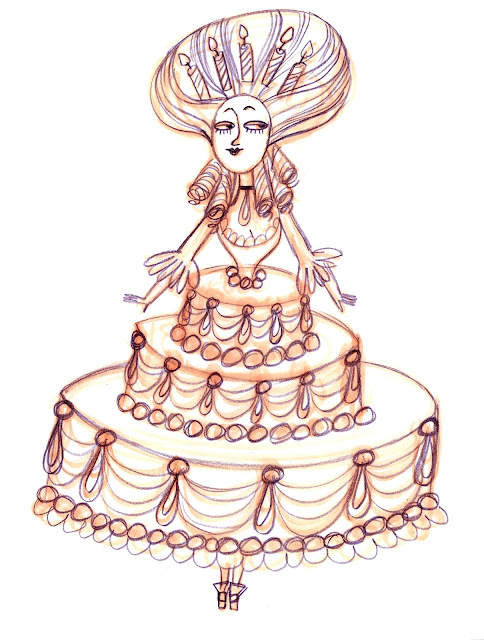 Things I like: flowers, fancy ladies, beautiful desserts, and the 18th century fashion.  If you couldn't tell. 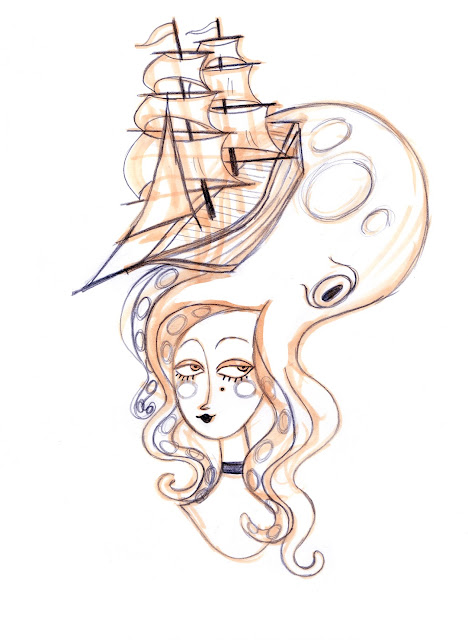 And then there was this weirdo one withe the octopus hair thrown in.

I like markers a lot, even though my marker technique (if there is such a thing in the case of markers) is pretty 'whatever'.

Frustrating days lately, you guys.  Really stupidly tough!!  I can't seem to get any projects off the ground, for reasons that are utterly mystifying (to me at least).  I don't wanna bitch out on my blog, because that's sort of yucky, but then again why not?  It's part of the deal when you're an artist that depends on other folks/institutions to put your work out there.  Your s#*% gets rejected sometimes!

Anyway.  On to the next!

I love all of these, very quirky pretty fun designs !

Bridgette! These are ADORABLE!! Ok-I'm an artist too-& just got a rejection note this morning for something I submitted this week. It SUCKS! I have an idea though-couldn't you offer these on your own-on etsy. Why not? They could be embroidery patterns, or pdf coloring sheets, so many possibilities. I for one love 18th century clothes, cake, flowers & fancy ladies. keep up the good work-and thanks for sharing. It helps to know you're not alone! xo-Heather

Move onto the next thing (or submission)! One of my writing mentors always says he hopes that editors "Hurry up and reject my work so I can get it published." :)

A match made in heaven haha

Oh I wish I wish you were making stationary! I need some cool stationary! :) And your art is my favorite!!

love the weirdo one, kinda see myself in her... the pink hair that looks like a carnation is also fascinating. these ladies are giving me tattoo ideas (and i do not need any - too many unrequited ones already!)