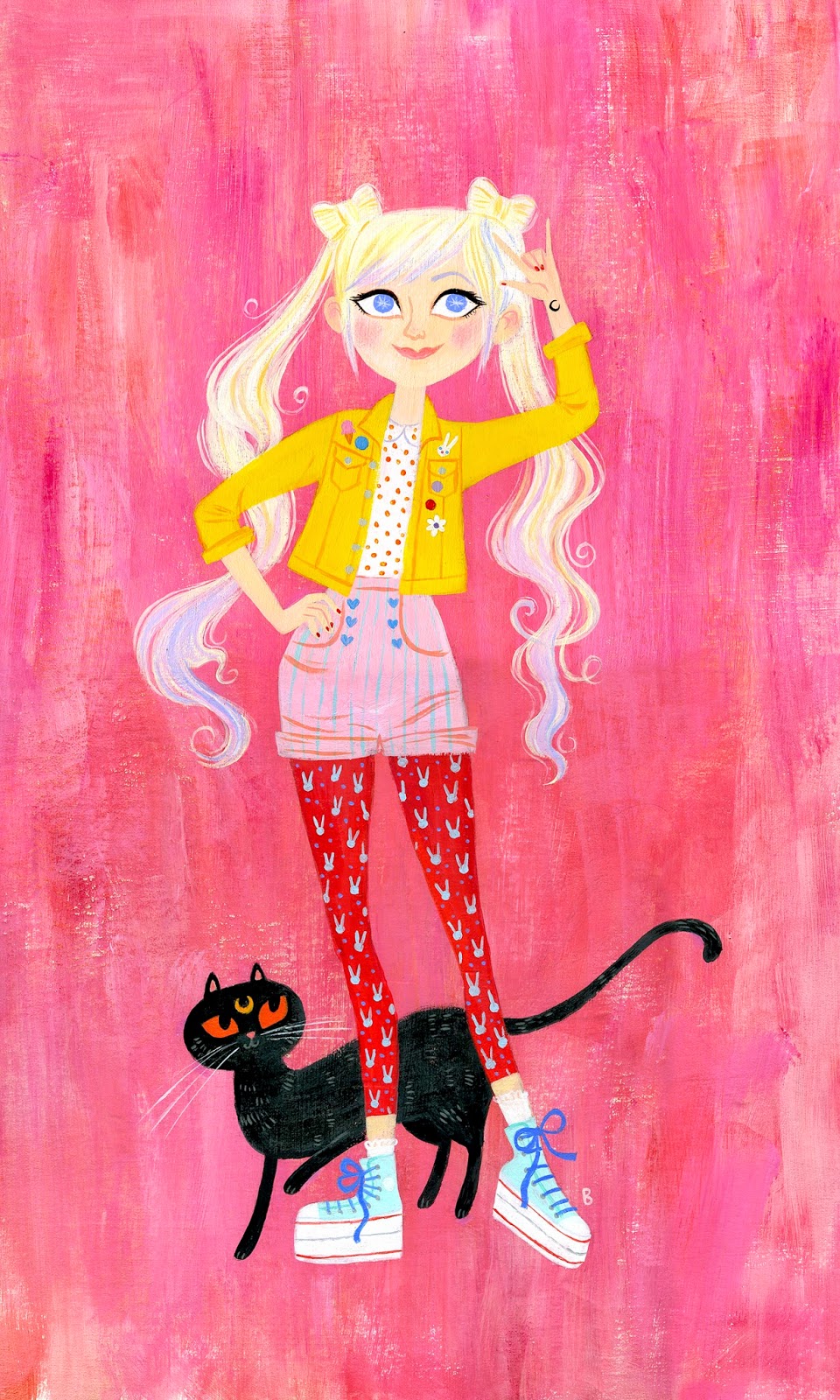 These are my interpretations of Sailor Moon, Mars, Jupiter, Mercury and Venus!

Basically, I wanted to style each gal as if they were teenagers right now, in the present.  I looked at a lot of Japanese street style, and I used boatloads of my own style preferences too, of course.

For Miss Moon herself, I wanted her to be really fun looking, like a young teenager just starting to play with styling herself.  And she's got on her high top flatforms, of course, because all flatforms are pretty ubiquitous with Japanese fashion, and also with me!  I love converse high tops! (In case you haden't noticed.)  I also switched out her buns for hair bows, because...I just liked that better.  I know the buns are part of her iconic look, but if I'm going to give a character a completely illogical hairdo, I like for it to be a bit more fanciful! 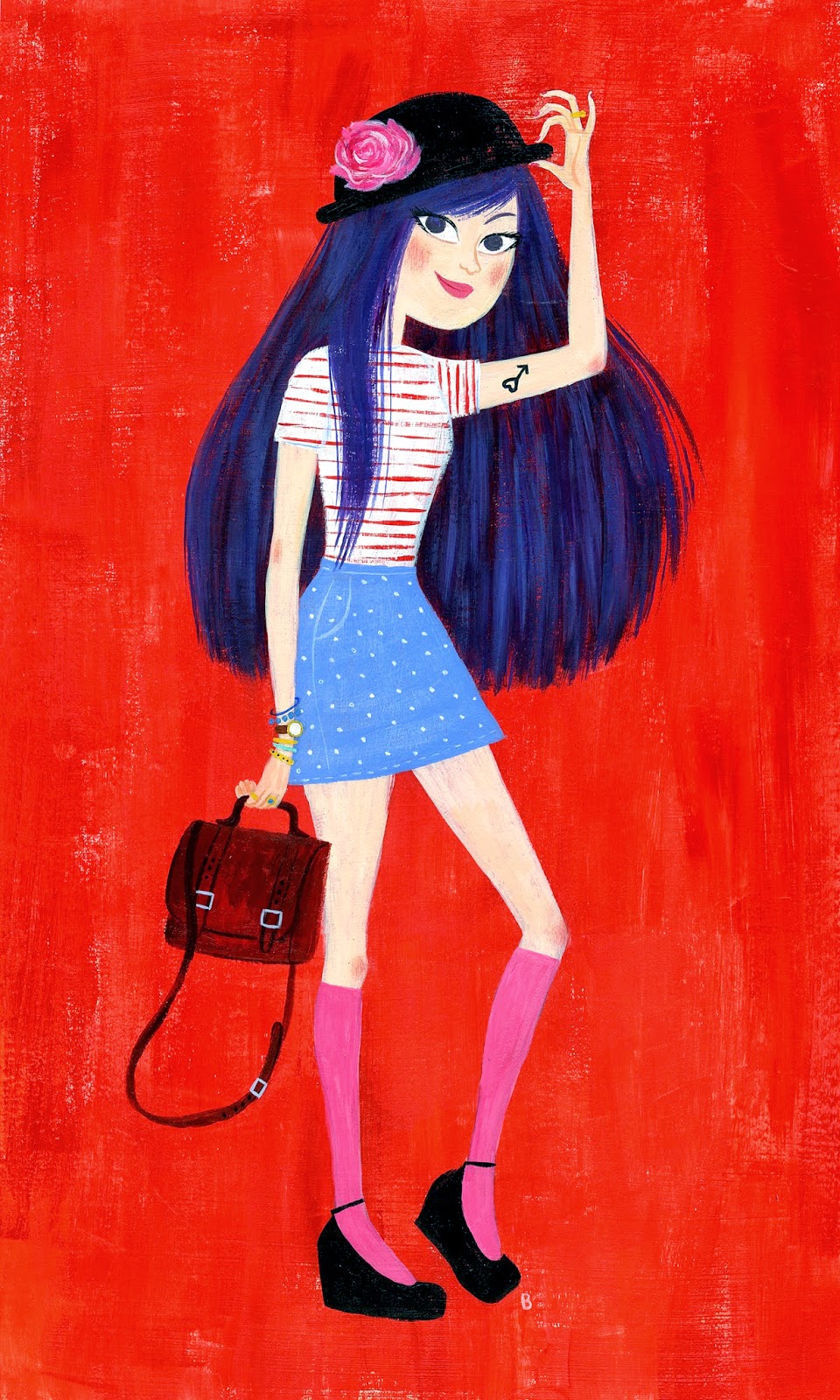 Mars is more sleek and grown-up looking.  She seems like she'd be really into classic pieces that make her look more sophisticated.  And yes, I gave her a demure little mars symbol tattoo. 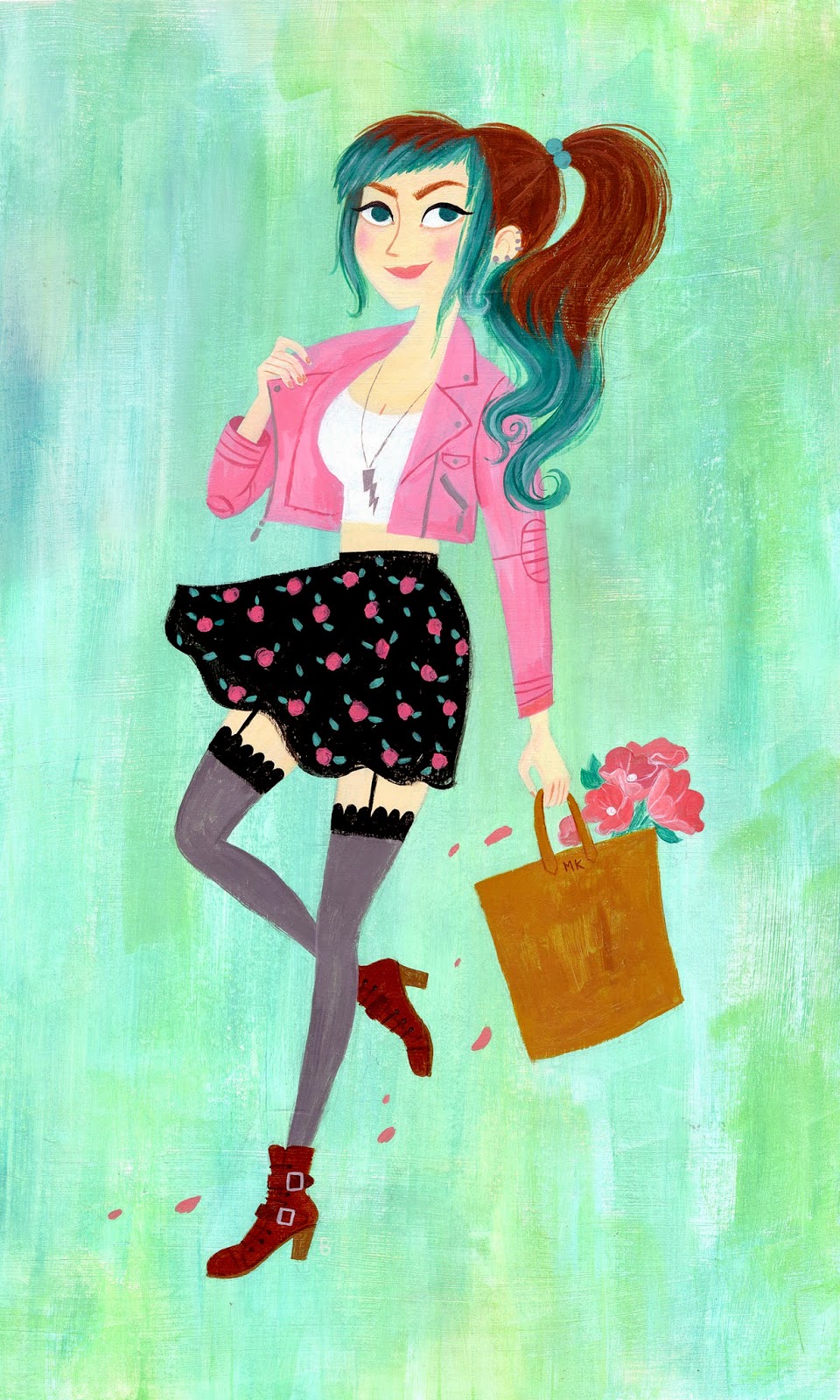 Jupiter!  I like Jupiter.  She's somehow the most tomboyish AND the most feminine of all the scouts, so she was a lot of fun to style.  She's got a motorcycle jacket, but it's pink!  She's got boots with buckles, but she wears them with thigh high stockings!  She accents her strong eyebrows with emerald baby bangs.  I could probably figure out one million outfits for her.  She was super fun. 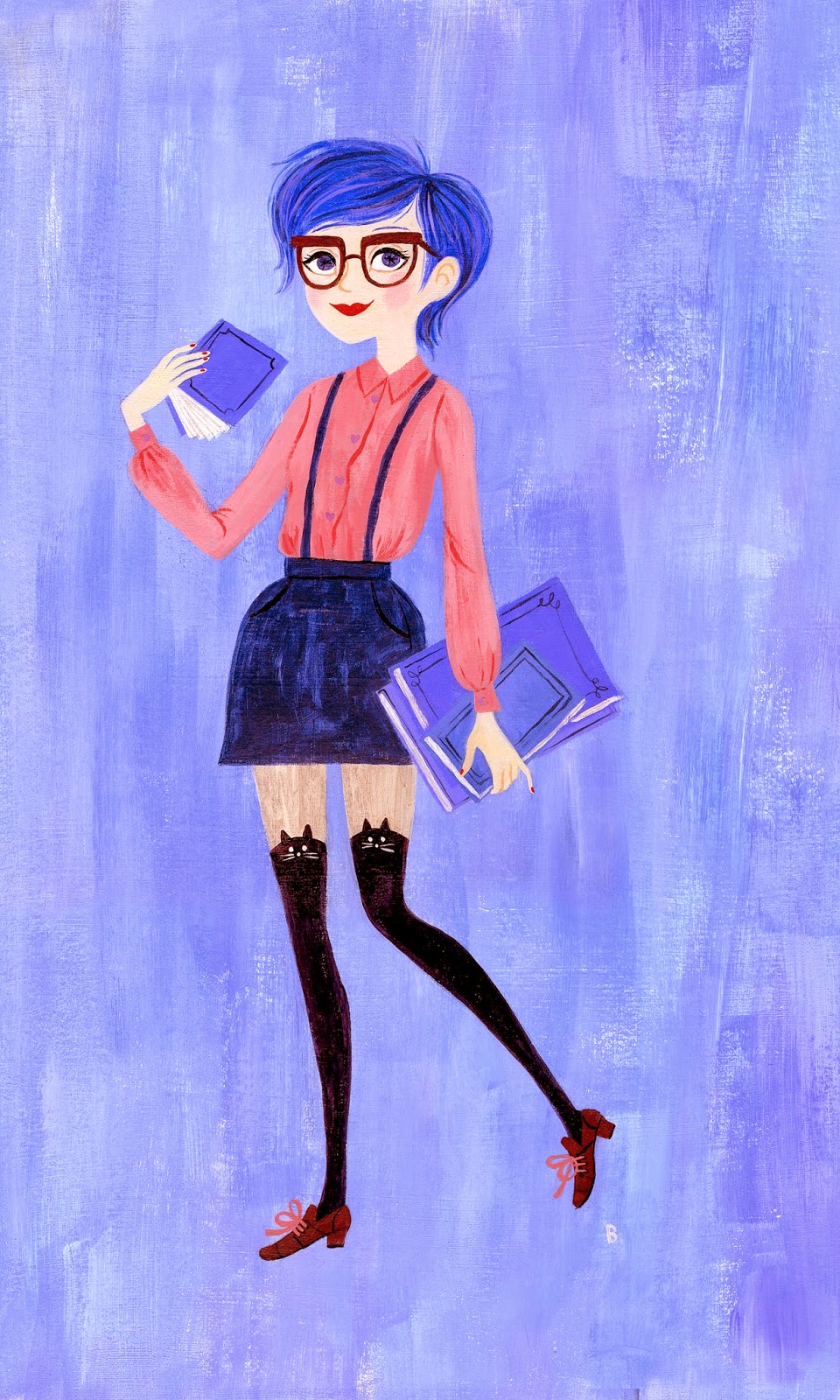 Mercury.  Poor Mercury, she so often gets the short end of the stick when it comes to fan tributes.  Nobody can really figure out her hair...is it...a bob?  or a pixie?  I think it's supposed to be kinda Winona-Ryder-in-the-90's-esque.  I think.  She's often portrayed as being sorta mousy, and with BOOKS.  I think that comes from her being a Virgo, which is among the most buttoned up symbols of the zodiac.  But you can cover everything up and STILL look sassy, in a demure kinda way.  I love her with glasses, too. 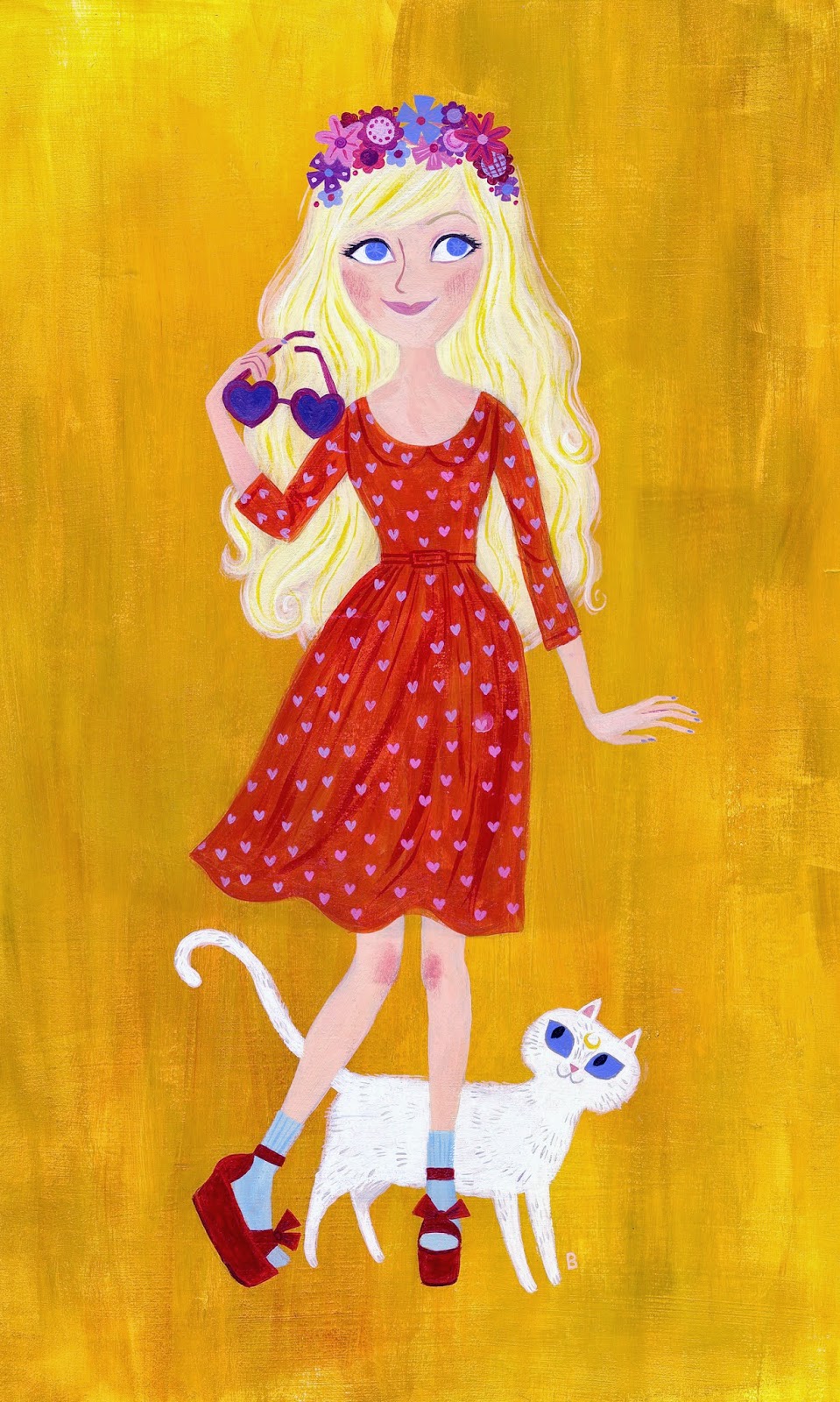 And lastly, Venus!  I had the hardest time with Venus because...I don't really remember what her deal is.  I read all the Sailor Moon comics as a teen (all that had been translated, at the time, at least!) and watched most of the anime, but I just coudln't remember what she was like!  BUT, she's a libra, which means she's friendly, and flirty, so that's how I styled her: as a cute, friendlly, flower-crowned flirt.  She's the girliest of the group, too!
I had a lot of fun with Artemis.

My friend Ed told me: You made Sailor Moon so hipster!

And yes, that's exactly what I did!  And it was soooooo fun!  I wanted to do ALL the scouts, but alas...not enough time.  I already had ideas for Saturn (goth, big eyebrows!), and Pluto (I was gonna make her black!  I always thought she was, but some careful googling reveals that...nobody really knows for sure what the deal is with her race), and Chibi Moon (total Japanese street style overload...barettes in the bangs, giant headphones!).  Maybe one of these days, when I have time!

Come see these babies in person this Saturday April 5 at Q Pop Gallery in Los Angeles!  I'll be there!  Me and all the other girls who spent their young lives with Sailor Moon.

Oh my gosh these turned out great! My favourites were always Moon, Mars and Jupiter. Hey are you going to do a mini moon one?

Omgggg these are so adorable! You nailed them all really well--especially Usagi! :) Why is drawing and styling sailor scouts literally the most fun ever? I do it all the time when I need a quick and easy drawing prompt.

I love these! How would you feel about people cosplaying your version of the girls?

Oh, they are SO SO BEAUTIFUL! Please do more ♥