I'm leaving for Austria on Sunday and when I come back I'm going to have lots of pictures, a belly full of SERIOUSLY the yummiest pizza I've ever had before, and best of all, I get to bring my most favorite person home with me: Mr. Sean Jimenez himself! He'll back in the states to talk everybody's ear off and otherwise make me completely insane/happy. But there's some not so good stuff too, because two weeks is a long time to be gone and I'm gonna miss some important things, like...

-Better Off Dead playing at the Aero! I'm not really a big 80's movie lover but something about this just does it for me. If you're into like, dancing hamburgers, french foreign exchange students, nasal spray, skiing, muscle cars, snorting jell-o, saxophones, Barney Rubble, or exploding faces then maybe you should go see it on my behalf.

-Brian playing at the Knitting Factory! This is really the worst one. Brian doesn't play nearly as often as I wish he would, so it's kinda special. I was really planning on going, gosh darnit. And it's like, three days before we get back! Just long enough to make it extra annoying that we won't be there.

-The Man Who Knew Too Much at Forever Hollywood. I always just feel like a chump when I miss a Hitchcock screening. Especially one in a CEMETERY.

I don't have a scanner at the moment, so you'll just have to look at these silly photos instead.

A painting! You really can't see it very well at all. There's trees and stuff! And shoes! 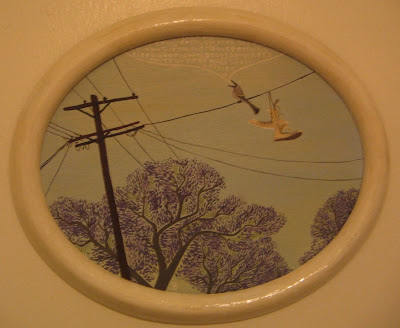 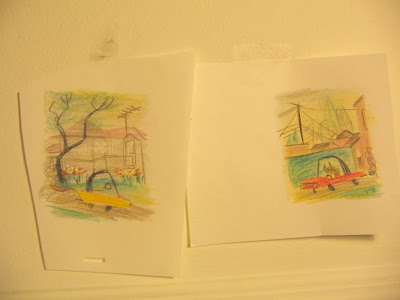 Horrible blurry photos are better than nothing for two weeks, don't you think?

I've added quite a few things to the shop since last week, so go LOOK if you haven't already. By the by, if anyone is having doubts about what etsy is or how it works, you can always just e-mail me and we'll work somethin' out. I accept personal checks now too!


I realized I never really posted any pictures of Austria from last time I went (in December), but it's going to be pretty different this time around. Mostly because it won't be FROZEN. Here are some pics just to give you an idea of what it was like:

See that little tiny Swarovski sign in the bottom right? See it? And yes, those are the ALPS, dusted with snow. 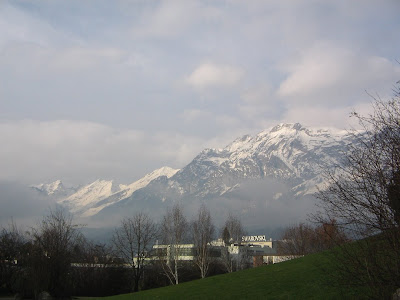 Giant chandeliers everywhere for no reason because Europe is fancy like that. 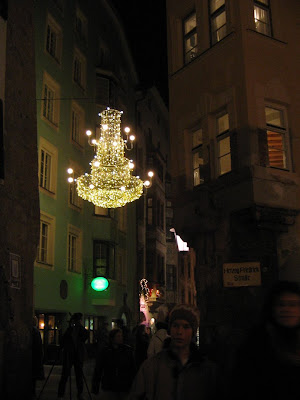 Here is a photo of Sean in what was essentially an Austrian Starbucks, which was nestled in the bottom story of a building that was really, REALLY old. I forget how old exactly but you kinda get an idea just from the architecture. He's happier than he appears, I swear. 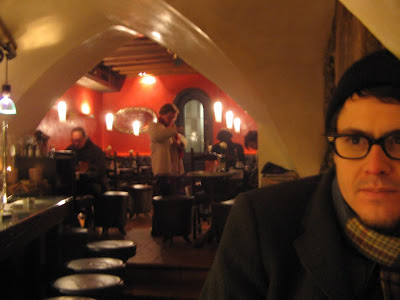 This is what the town we stayed in looked like, pretty much. It was cold. Very cold. About as cold as it looks. 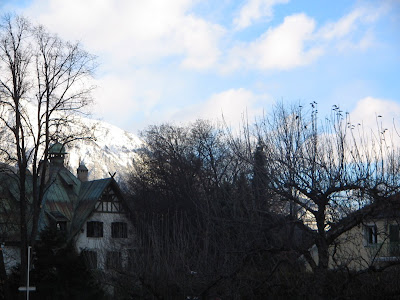 I'm hoping it will be more like THIS now! I've still got packing to do, and then I'm off to the land of weinerschnitzle, eidelwiesse, and snow capped mountains. 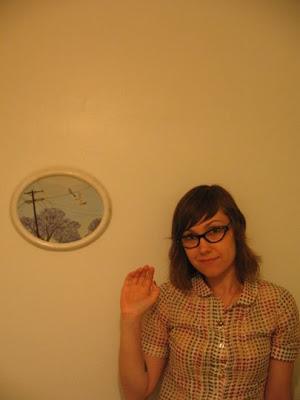 Bye bye!
Posted by brigette b at 6:15 PM
Email ThisBlogThis!Share to TwitterShare to FacebookShare to Pinterest

Oh sweet! Keep posting about cool things happening in LA ok? Because I just can't understand the website/calender for the Forever Hollywood/Egyptian theater or whatever it is. Because I'm stupid :)

Woah! You have so much fun new stuff! I just got back from Prague, I'm so excited you get to go work somewhere cool! Lets meet up when you get back and look at europe pictures : D

This is so awesome. I just talked with Chantelle and she mentioned you were in Austria and sure enough you are! Haha, man those pictures are beautiful, I'm so jealous! Thats really nice that you'll be seeing Sean.

Cooool! LOOK it's uncle Sean! Tell uncle sean that I miss his uncleness, and his old man pipe smoking habits... Those are pretty sweet cars you drew!

Ps: in order to be more like julie andrews... buy a curtain dress and take a picture prancing in the snowy mountain plains... please.

I can't find that Nicholas book your talking about.. (-_-).. hope your having fun in austria!

I love the color keys!!

LOL, i cant believe i used OMG on Brigette's Blog.

No, but seriously the painting with the may flowers, telephone pole and talking bird is simply beautiful.

Oh, and the hanging shoes is a nice touch.

Brigette's got it going on.

hahahaha! I like your style of writing gette. BTW, I can't wait for your visit in pdx. Its super nice here now. morning is super chill and brisk. noon is super sunny and not too hot. night is cool and beautiful. I promise its not going to be like Austria.

I love the little framed painting. Turned out really nice with a frame and everything.
-Ivan