Hellow out there in the bloggaverse!  Here's a funny thing about working in publishing: you finish working on something and then it usually takes about a billion years for that thing to actually BE published and released into the world.  I have a constant backlog of things that I can't share, even though I WANT to.
So here's a couple of those things!  This is a book cover I did for a re-issue of Enid Blyton's Tales of Toyland.  Just so you know, if you happen to pick up this particular version, I am NOOOOOOTTT responsible for the interior illustrations which are...very bad.  Anyway, I finished this super long ago.  About last August.  I just got a proof in the mail last week! 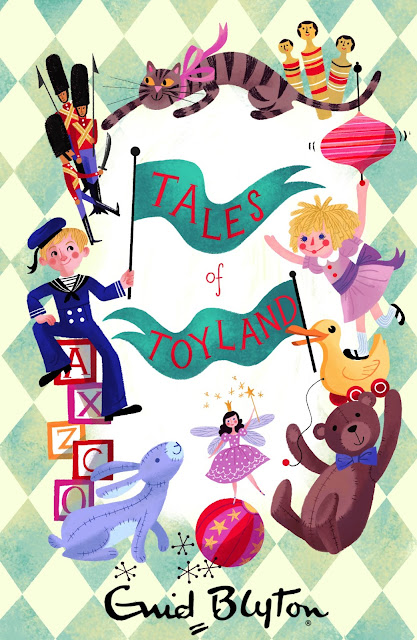 This is the proof!  It changed a little bit but that's normal.  I think it looks preeeeeeetttty cool. 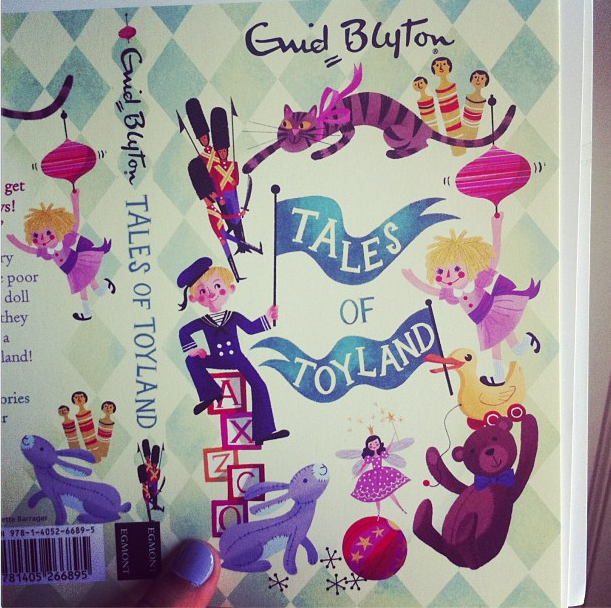 I also did a cover for a middle grade novel (shown here with the bleed edge intact!) about a sassy middle child, Confessions of a So-called Middle Child by Maria Lennon.  It's not out til August but it's pre-order-able on Amazon. I had a lot of fun with this one, doing hand lettering with brush pen!  I also did all the little doodles in the bg in brush pen and then scanned them (and yes most are relevant to the story).  And I made a ton of watercolor textures for this one, too, which is also super fun. 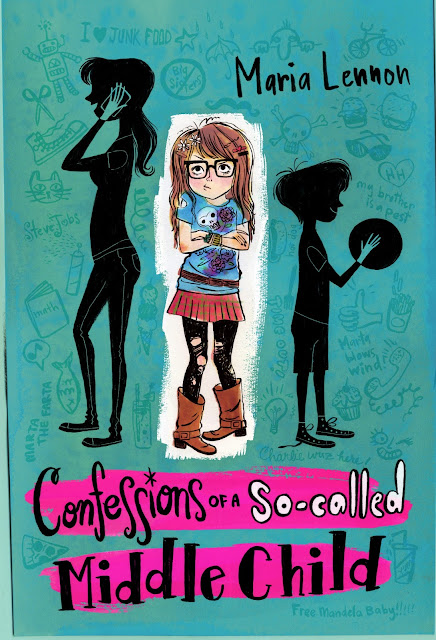 Covers are FUN.  It's just really low-stress to be only responsible for a single image.  Usually I've got a whole book's worth of stuff to think about, and continuity to consider, and all that!  But covers are just one picture you can concentrate on.  It's a nice change of pace.

Other things that are fun: illustrating books for awesome children's book writers.  Below is a screen shot from Amy Krouse Rosenthal's website.  I'm illustrating a book by her about a little unicorn!  Yaaaaaaay!
Her website is: whoisamy.com
This won't be out for a LONG time, but this is a sneaky peek! 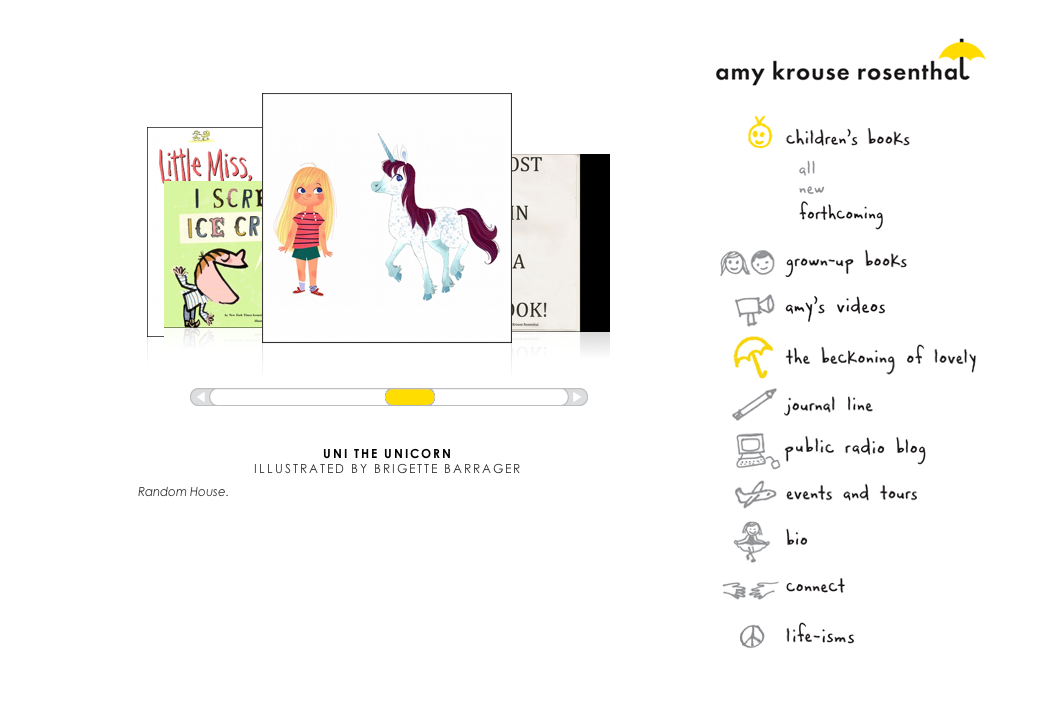 Another thing that won't be out for a while (but which I received proofs for) is a 12 Dancing Princesses themed alphabet flashcard set.  I'll post all kinds when that's done, but for now enjoy this photo of my cat using the proofs as a playground.
She does not take my work seriously.
Or anything, for that matter. 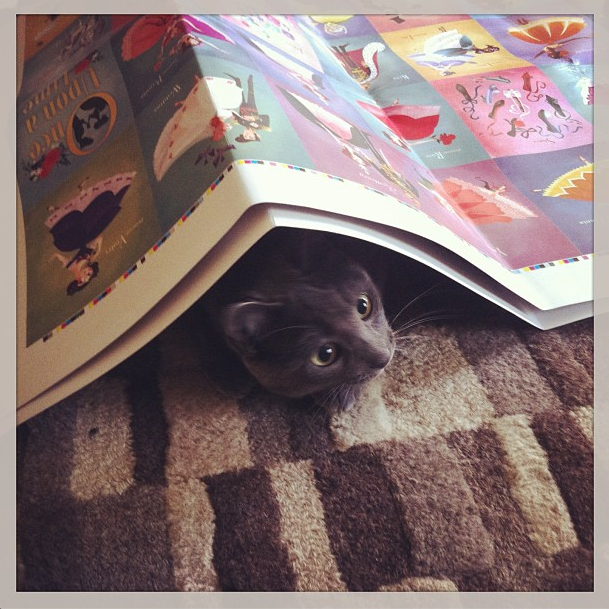 Some other 12 Dancing Princesses goodies are heading down the pike too...stay tuned!
And yes, I AM busy.  But I did have time to clean up my desktop and take a photo of it.  It will be fun to look back on a few weeks when it's a total mess again. 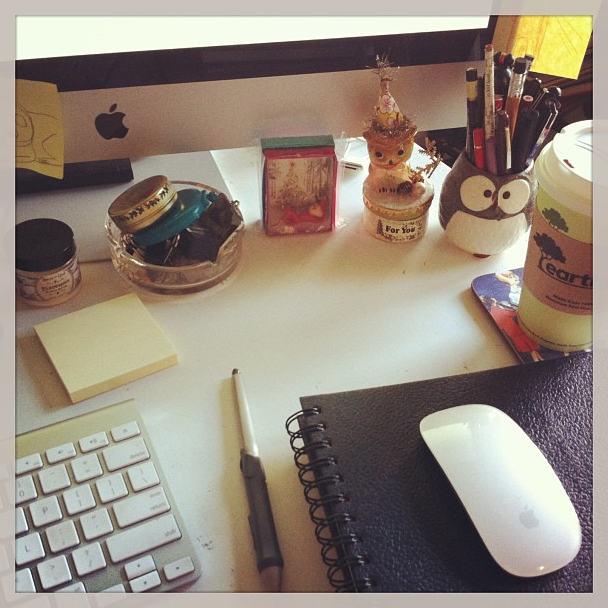 Oh yeah...and one more little fun thing: I got a new tattoo!  A little anchor. 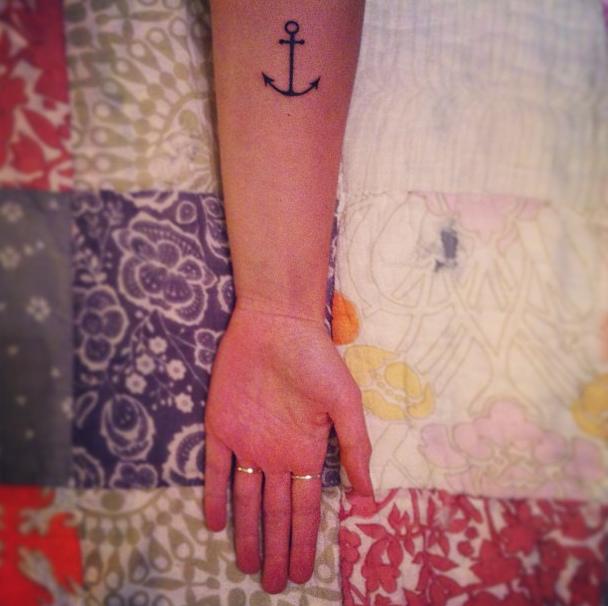 These are all amazing! :) I'm excited to see the 12 Dancing Princesses one :)

Ah yes, the disappearing clean desk...I know that all too well! Sometimes I wonder why I bother to clean mine up at all :) The artwork looks great--as usual! Thanks for sharing!

I love all of it! I can't wait to see the unicorn book! You've certainly been a busy bee.

These illustrations are wonderful! I hope to publish kidlit one day and these are the kind of covers I dream about :)

And I love your anchor tattoo too!

Wonderful that you're doing illustrations for another children's book. It sounds so exciting, and I can't wait to see more. Also, thanks for posting a link to the author's website. I found her biography very inspiring, and it makes me want to create more things!